Rembrandt was born in 1606 in the city of Leiden, located in the Netherlands. 2019 marked the 350th anniversary of the death of the famous seventeenth-century painter Rembrandt van Rijn.  Here he grew up, was educated and set up his early practice before moving to Amsterdam at age 31. He is the son of a miller’s family, which lived and worked in the city at the dawn of the Dutch Golden Age – a period in which Leiden transformed from a medieval city to an early modern metropolis.

Although the historical city fabric of Leiden is well preserved, the birthplace of the famous painter, unfortunately, has been demolished. Also, the surroundings are unrecognizable today. For this reason, Erfgoed Leiden, the regional heritage department, set up a multi-disciplinary collaboration between archivists, building archaeologist, and a 3D artist, that resulted in new research and finally in a 3D virtual reconstruction of Rembrandt’s birthplace and its surrounding.

More than an attractive image, the model should be seen as reliable visualization of the newly carried out research. Both the VR, AR and the panorama tour web application offer an accurate picture of the environment in Rembrandt’s youth. For dissemination of the research it was published trough scientific papers, web publications and the writing of book. The results were shared trough events, lectures, readings, local and national press. 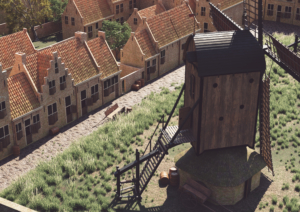 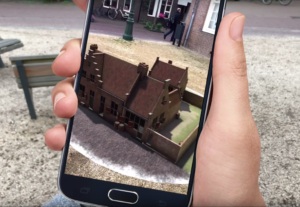 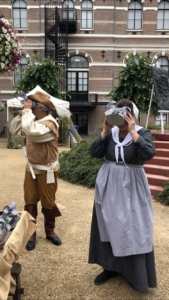 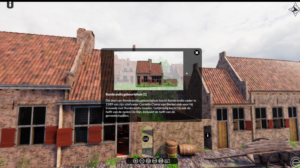